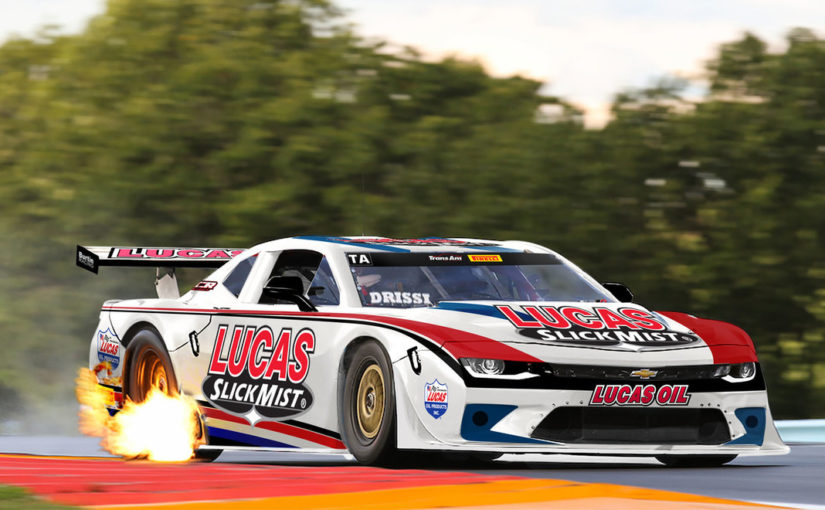 Los Angeles, CA – July 31, 2019 – It can happen to any professional athlete at any time, but on the eve of one of the biggest weekends of the year, it’s particularly hard to take. After the two month midseason break, and still very much in the hunt for the 2019 Trans Am presented by Pirelli TA class Championship, 2009 Champion Tomy ‘The Rockin’ Moroccan’ Drissi has been forced to pull out of the upcoming Indianapolis showdown with a serious calf injury. Due to the severity of the injury doctors have not cleared him for the intensity of competition.

Tomy was understandably extremely disappointed to be missing this year’s showdown at the Brickyard, but like the true competitor he is, he vowed to be back at the first opportunity.

“I am devastated,” stated Tomy Drissi. “We were in the hunt for the championship and the season was just heating up. This has happened before in basketball and I feel those memories coming back. This happens to professional athletes all the time – it is the worst feeling to think I’m letting the team down.”

Reflecting on breaking the news to team principal Claudio Burtin he added, “Picking up the phone to call Claudio was really hard. The only thing that made me feel a little better was the support that I got from the team. We will be ready and focused on Watkins Glen when I hope to return. I am very proud to be part of Burtin Racing and the Lucas Oil family and am still excited to debut the Slick Mist car at a later date.”

Drissi won the 2018 Trans Am race at Watkins Glen, leading home teammate Lawrence Loshak for a memorable and historic 1-2 for Burtin Racing, so he will naturally be aiming to repeat that victory this year. In the meantime, we all wish him a speedy recovery and we look forward to seeing one of the real stars of Trans Am on the track again very soon.