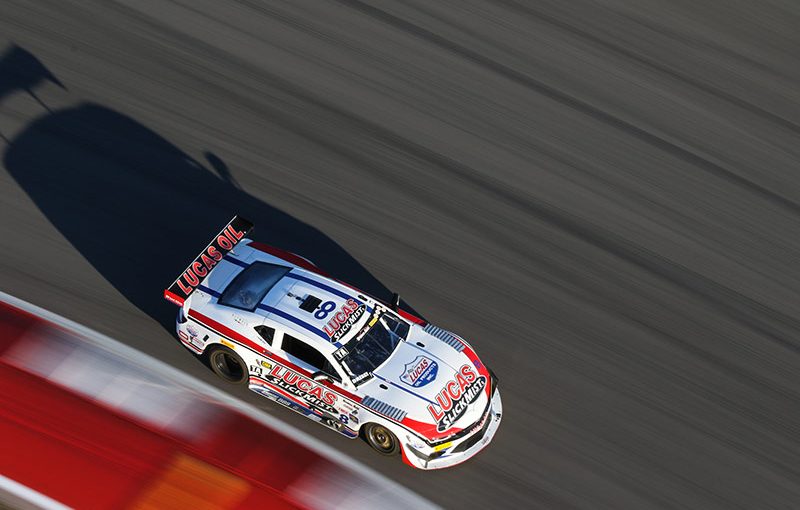 Austin, TX (November 12, 2021) – Lucas Oil SlickMist Champion driver, Tomy Drissi, started off the final round of the 2021 Trans Am Championship Presented by Pirelli at the Circuit of The Americas strong and started the race in 3rd. After some hard racing up front and a motivated Oscar Teran quickly making his way up, Drissi was able to finish the race on podium, wrapping up a long season and securing his second place position in the Championship.

“It was a great race with Brabham, Ernie and Teran. It was tough, but we hung in there. We had a few issue that we had to fight though and I never gave up and fought tooth and nail till the end.” Drissi said. “As always I can’t thank Lucas Oil SlickMist and the entire Burtin Racing crew for all the support and hard work this year.”

Round 12 at CoTA, concludes the 2021 championship. You can follow Tomy Drissi on his social media as he prepares for the 2022 season: