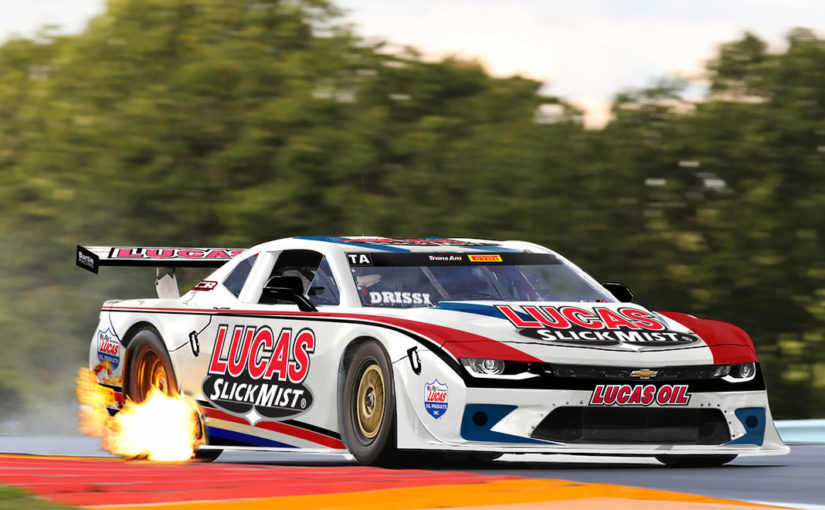 Los Angeles, CA – September 4, 2019 – Having been sidelined for the past month with a calf injury, Tomy ‘The Rockin’ Moroccan’ Drissi is raring to go as the Trans Am roadshow swings by the legendary Watkins Glen International on September 6-8 for Round 8 of the 2019 Trans Am presented by Pirelli Championship. The 2009 Trans Am Champion, Drissi also scored a notable win in the corresponding race last year when leading home Burtin Racing at the front for a historic 1-2 finish. The Angeleno pilot’s eyes are once again on the podium at the historic New York former Formula One Grand Prix circuit with this year’s showdown just around the corner.

The last few weeks have not been easy for someone as instinctively competitive as Tomy, who was last seen in action at Lime Rock Park. When his season was interrupted by injury, Tomy was sitting in the fourth position in the Championship, just ten points off then Championship leader Chris Dyson. Forced to miss the races at Indianapolis, Mid-Ohio and Road America, Tomy rejoins the field having started no further back than the second row in the four races he contested, with two podium finishes and a fastest race lap to his name.

Speaking ahead of getting behind the wheel of the No. 8 Lucas Oil Slick Mist Chevrolet Camaro, Tomy was understandably thrilled to be back when he said, “I am so excited to be back – it was a long break and then sitting a few events out. Watkins Glen is a track that brings out the best fans and there is going to be a ton of people there this weekend.”

New for the outing at the Glen is sponsor Lucas Oil. A great American success story of recent years, Lucas Oil are one of the rising forces of American motorsports involvement and Tomy is understandably delighted to have them on board. Drissi stated, “I can’t wait to see everyone and bring out the Lucas Oil Slick Mist Camaro. I am cleared by the Doctor and feeling great. I am coming in with the team really warmed up and I am going to do my best to get up to speed. The Burtin Racing guys should have everything ready to go and I will have all the advantages that a driver can have from a team like Burtin. Looking to defend our win here from last year.”

12 cars are entered in the TA Class at Watkins Glen. The action on the track gets underway for the 850BHP Trans Am drivers at 11:40 a.m. on Thursday with testing, with a further session at 5:15 p.m. the same day. There is just one practice session scheduled for Friday, with the crucial official Qualifying on Saturday at 5:50 p.m. The Trans Am race over 30 laps of the circuit gets underway at 11:20 a.m. on Sunday, September 8.