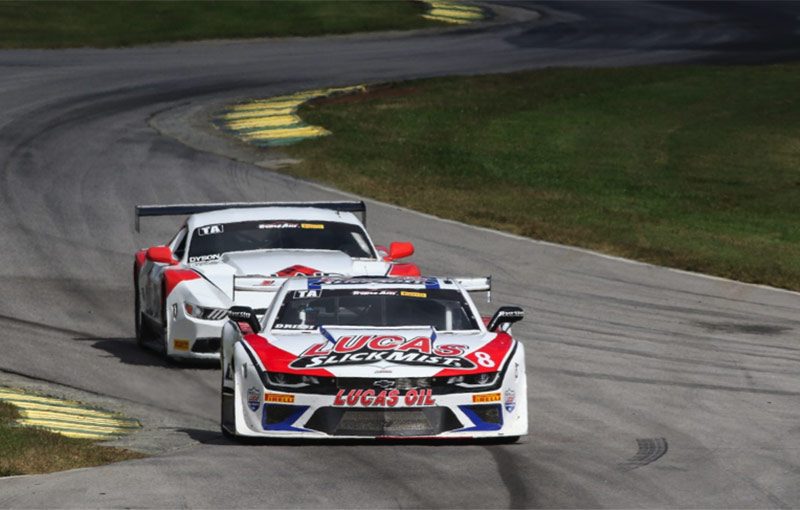 Alton, VA (September 23, 2021) – Lucas Oil SlickMist Champion driver, Tomy Drissi, is determined to fight for the 2021 Trans Am Championship Presented by Pirelli at Virginia International Raceway where championships can be won or lost. The former champion is currently second in points and the Lucas Slick Mist Chevy Camero by Burtin Racing is ready to dominate the popular track.

“I can’t wait to get to VIR to give it everything I have for the fans, the team and the whole Lucas Oil family,” said Drissi. “We came out at Watkins and we were fast and competitive up front the whole weekend and in the first race we crossed the finish line first, we were then penalized for an infraction that took away the win. If it wasn’t for the catastrophic failure in the second race that took us out, we would have been right there to fight for another win. I’m looking forward to bringing that to VIR to battle Ernie (Francis Jr.), (Chris) Dyson, Boris (Said) and everyone else, we’re not going to give up, we’re going to fight until the end!”

Heading into Round 10 at VIR, Drissi is one of the top contenders for the 2021 championship. You can follow Tomy Drissi and Lucas Oil SlickMist on September 26th by downloading the Trans Am Presented by Pirelli app in the Apple AppStore or Google Play Store or by following Tomy Drissi on his social media on the links below.